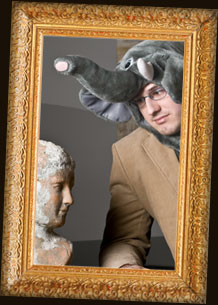 Dan has appeared for many years at the Edinburgh Festival in the 5 star revue shows ‘The Gasman Cometh’ and ‘Poisoning Pigeons in the Park’. He is a resident of the fine city of Hull and can be seen here discussing sculpture while dressed as an elephant. 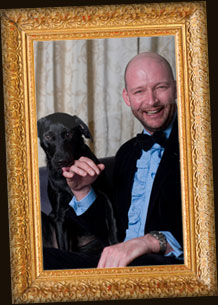 Andy is a theatre director, producer and occasional actor.  He trained at LAMDA, had a small named part in the Ruth Rendell Mysteries , then jacked it in to work in the wine industry.  He re-emerged in 2005 to establish the Hull-based theatre company Ensemble 52, which is doing all right.  He’s also a regional producer for the Battersea Arts Centre’s Collaborative Touring Network and has been an associate director for Hull Truck and The National Youth Music Theatre.  Andy enjoys nothing more than titting around on stage in silly costumes and would like to thank God for his talent, if the idea of God wasn’t so utterly ludicrous and he had any talent. 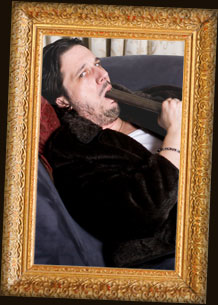 Alex has worked around the UK and at the Edinburgh Festival as a stand-up and in sketch show ‘Sketch Department’ with Kate O’Sullivan and Mel Hudson.  When not knobbing about with comedy, Alex has also appeared as an actor in a range of theatre, TV and film, including award-winning Brit horror ‘Before Dawn’ and that advert about suing doctors when you get ill.  He appears here making light of suicide which probably seemed amusing to him at the time. 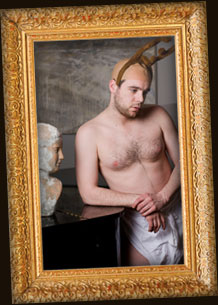 Iain is an accomplished songwriter and has also graced the Edinburgh Festival on numerous occasions. Iain is depicted here battling to look profound while wearing a nappy, bald wig and some antlers. A battle he is unlikely to win.